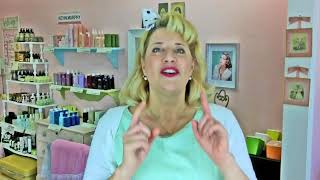 This is a wee video to show the Bite Lip Lab Unboxing!

I thought I would share with you a little introduction to proper waist training as I am beginning my journey in this. I have always loved this look and loved the feel of being cinched into a corset so at age 51 I have decided to begin my journey. There is so much to share on this that I can not simply make one post so I will continue to inform you of my journey and information on Corsets as the months go on. But for now... a little introduction; In the 1920s and 1930s along w